It’s with mixed emotions that I share that I’ll be leaving VAM at the end of the year. It’s hard for me to believe it’s been ten years since I stepped foot into VAM’s former office in downtown Richmond. I’ll never forget making it through an earthquake before moving into our current spot at the VMFA. I’ve taken too much for granted being at that beautiful campus, but never the generosity of their sharing space with our tiny crew. 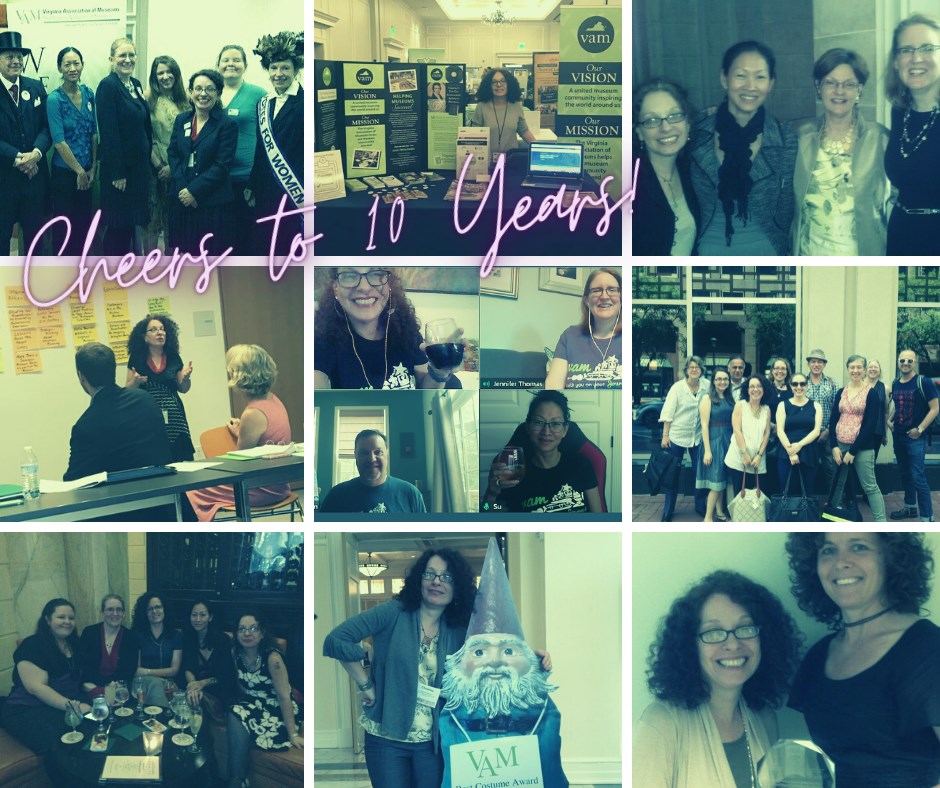 I love the philosophy of VAM. I have since 199? when I was deeply involved in Richmond’s arts scene leading Artspace Gallery and then First Fridays Art Walk when I discovered VAM and realized that they were the only organization REALLY supporting arts, historic, and cultural groups in the Commonwealth through training and connections. College is great and all, but VAM is where I got my first real professional training. I was member, a program mentee, and conference attendee. I've been an advocate from then on.

Fast forward to 2011, and a contract position presented itself to lead a federal grant project: the Virginia Collections Initiative. I didn’t know anything about collections care, but I sure did about events and project management, and they gave me a chance. I’ve been grateful for that ever since.

Our community is one that I will miss terribly. I’ve learned so much. And I’ve met and worked alongside so many whom I’m proud to now call friends. I always wanted to work at a museum, and while that hasn’t happened, I think my dream has manifest itself multifold.

The new year takes me on a new adventure as I take on member relations at Central Virginia's amazing WNRN radio as their new Member Services Manager. This next chapter in my career will be dedicated to my first love: music. It’s a bittersweet move but one I’m so excited about. Those who know me.. know music and museums are who I am.

But my #VAMfam will still see me around. I'll be continuing at VAM until the end of the year, and then helping with one thing or another, or attending an event, since I've already been informed that I'm joining as a Benefactor Member (and you can too! ;)

Thank you to every one who has advised me, gave me guideance, been patient, helped in some way, befriended me, shared a drink, and made me laugh.

P.S. Feel free to email me at curatedchristina@me.com. I look forward to hearing from you!

Volunteer your Time with VAMDecember 16, 2021 The Museum Industry Post-COVID November 2, 2021