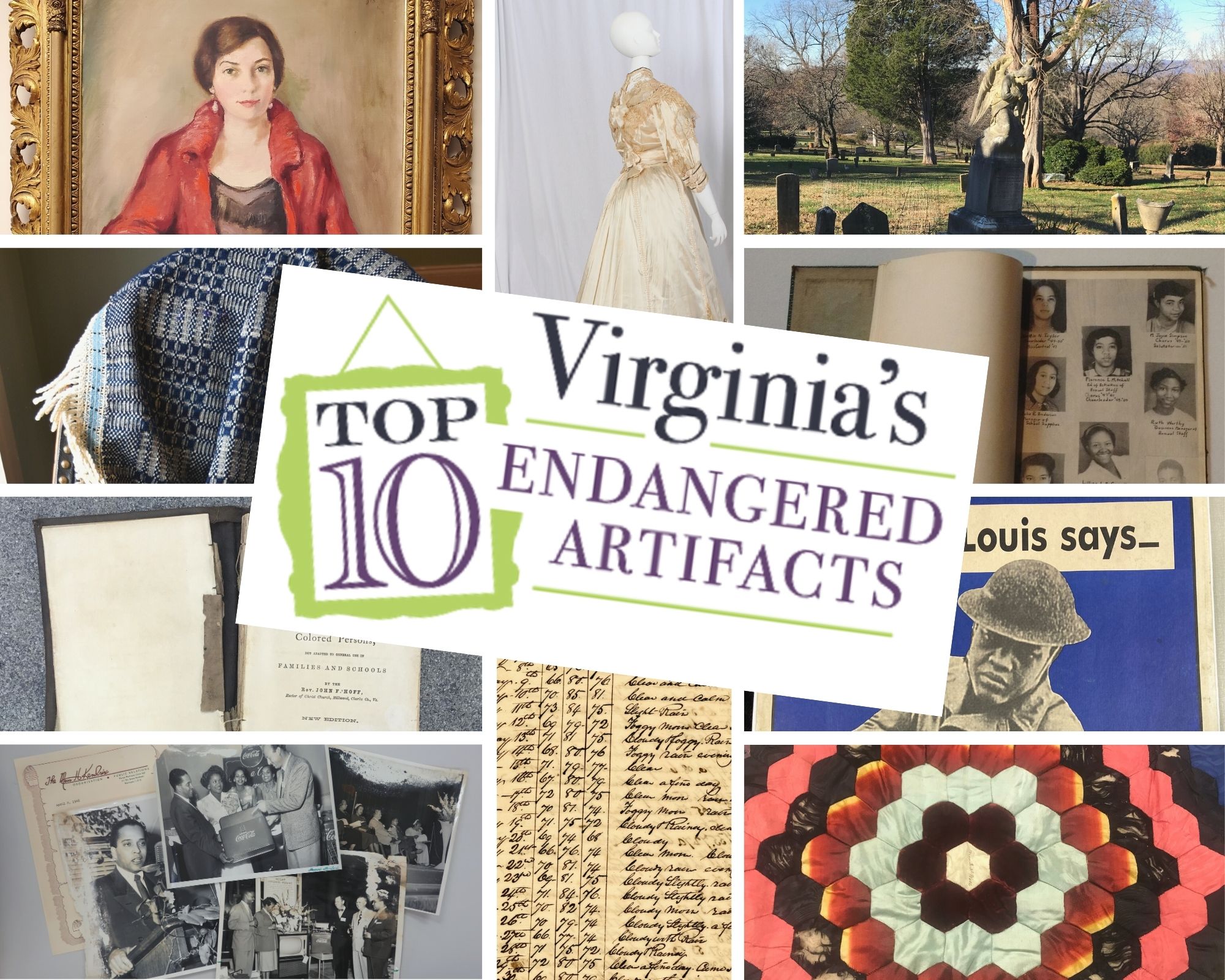 Known as the father of Black Public Relations, Moss Kendrix founded the Moss H. Kendrix Organization in Washington D.C. to promote the buying power of the African American consumer to American corporations. His work led the way for non-stereotypical images of African Americans in national advertising and had a major influence on how African Americans are depicted in the media. This collection contains approximately 41 linear feet of archival material, with over 900 photographs, some unpublished, of African American political leaders, celebrities and athletes. The archive documents Kendrix’s business and his private interests such as national and international current affairs, sports, fraternities, organizations, and the civil rights movement. The collection is a microcosm of mid-century African American life and an invaluable repository of the middle class African American experience.

Manual of Religious Instruction, circa 1857

Published in 1857, this catechism and series of Biblical teachings, compiled by an Episcopal priest, was “prepared with a special view to the instruction of a very numerous class of persons in our Southern States.” The existence of such a work recognizes the interest of enslaved persons in religious education, and the determination of established church figures to reach out to the enslaved community.  Fr. John Hoff, the author, emphasized his focus on “oral teaching” in the subtitle in acknowledgement that his desired audience was generally illiterate.

The book was a gift to the Museum from relatives of the Price family of Eagle Rock, Botetourt County. “C. T. Price + Family, Prices Bluff 1891” is inscribed in the front of the book.  In 1850, Charles Thomas Price was only a boy, but his father John M. Price was a prominent figure in the county. The Slave Census of 1850 shows that he “owned” 58 enslaved persons. By 1860, his widow, Eliza, had reduced the number to 33. Young Charles was a member of the Fincastle Rifles at this time, and witnessed the execution of John Brown in 1859. A student at VMI, he later served in Company C of the 2nd Virginia Cavalry. He survived the War and lived in Botetourt County for the rest of his life, dying in 1921.

Elizebeth Smith Friedman, “America’s first female cryptanalyst,” and another “hidden figure” in the shadows of our country’s history, her work spanning both World Wars, influenced the establishment of today’s intelligence community. She introduced cryptology to her future husband William Friedman, who would become well-known for breaking the Japanese diplomatic code PURPLE during World War II. Elizabeth’s work did not garnered as much attention or praise, even after it was declassified. She taught analysts cryptologic fundamentals, including deciphering techniques, during both World Wars and helped found the U.S. government’s first codebreaking bureau. She served her country by breaking codes for the U.S. Department of Justice, Navy, and Coast Guard. She broke the codes of mafia rumrunners, of a traitor known as the “Doll Woman,” and German enigma codes in South America. Elizebeth Friedman deserves to be a household name, inspiring young girls and women that a career in cybersecurity is within their reach. This portrait, by the artist Leon Engers, was once owned by Elizebeth Friedman and donated by her son to be included with her collection at the George C. Marshall Foundation. Jason Fagone's bestseller "The Woman Who Smashed Codes" chronicles Elizebeth's life.

Weather Journal of Washington Stephenson, circa 1838-1867

This is a handwritten, daily journal of Washington Stephenson, the first elected sheriff of Highland County, Virginia. It documents weather, local happenings, and visitors from 1838 to 1867. Notable inclusions also are documented births and deaths before they were officially recorded in county records. Washington died in 1858, but his son continued the journal until 1867. Part of the preservation will be research on the authors. This handwritten journal offers us a unique glimpse of rural life in the Allegheny Mountains before and after the Civil War.
Montgomery Museum of Art & History - Christansburg, VA
Coverlet Created by Enslaved Woman of Montgomery County, circa 1850

According to family lore, the bedcovering was woven by a slave in Montgomery County on the plantation of Catherine L. Montague Trigg, widow of Thomas Trigg, for her step-daughter Catherine Trigg Mosby. Passed from generation to generation, the large overshot coverlet (ca.1850) remained in the family for more than 160 years. The pattern uniformity indicates the work of one weaver.

The overshot coverlet is woven of homespun cotton and dyed wool yardn in a variatin of the Pince Cone Bloom pattern, and is the only textile in Montgomery Museum’s collection thought to have been made by an enslaved woman and one of only two textiles believed to have been made by African Americans. Furthermore, textiles made prior to the Civil War and attributed to enslaved women are infrequently found in museum collections nationwide. The location of this endangered artifact in Southwest Virginia is also of historical importance given the strong tradition of handwoven coverlets across the Appalachian region.

During World War II, heavyweight boxing champion Joe Louis set aside his lucrative boxing career to enlist in the army. Wildly popular with both the African-American and white communities, his unfailing support of the war effort inspired many. This 1942 poster, featuring a quote from a speech by Louis, encouraged Americans of color to enlist.

Few items from World War II are as evocative as propaganda posters, and few of those which survive help to tell the important story of African Americans in the war. Once conserved, this poster will be utilized in exhibitions and educational programs.

The "Angel Statue" gravestone notes the grave of a two-year-old child, where four generations of his family are buried around him. The stone is unique as it is the only statue-style stone in the cemetery which contains mostly modest stones. The reason that the family was able to obtain such a stone was likely due to his grandfather's connection to stone carving. Born enslaved and emancipated in 1853, William Henry Jefferson carved many of the stones in both the enslaved and free African American sections of Old City Cemetery. The artifact itself sits at a prominent place in the cemetery and one of the most recognizable symbols of the site. It also is used as a catalyst to tell many stories connected to the Jefferson family and the African American community in Lynchburg during the late-nineteenth and early-twentieth centuries.

Album Quilt Created by Ladies of Dinwiddie, circa 1850

While many artifacts give us glimpses into the lives of the individuals who made or owned them, few embody that of an entire community. On February 12 of 1850, a group of 30 women in county of Dinwiddie, Virginia gathered together to share news, socialize, and sew. Each of the 30 women who collaborated on the quilt, signed the blocks they contributed. All but four of these women appear in the 1850 Federal Census of Dinwiddie County & the City of Petersburg.

Quilts like these are known as Album Quilts, and were most often made as wedding gifts or going-away gifts to a member of the community who was moving away. Work traditionally done by women has long been relegated to 'craft' or 'handiwork' instead of being recognized as skilled art. In a time where we are increasingly isolated and yearning for community, this quilt is a beautiful testament of the tightly knit bond of a group of women 170 years ago and represents the spirit of community among women through America's history.

Writer, teacher and activist Jessie Zander collected photographs, newspaper clippings, funeral programs, and other memorabilia documenting the lives of African Americans in Wise County, Virginia, from the 1940s until 2010.

The museum is planning a redesign of its exhibitions in the next two years with plans to include diverse stories of Southwest Virginia. The Zander Collection is the only comprehensive collection of African American history in the museum's collections and will serve as basis for that part of the story.

This formal afternoon dress was made in about 1905 by Richmond, Virginia’s premier dressmaker of the early 20th century, a Black woman named Fannie Criss Payne. It is one of only a handful of examples of the Payne’s work in existence today.

The free-born child of a formerly enslaved farmer in Cumberland county, Fannie Criss Payne achieved remarkable success as a dressmaker in Richmond. At a moment when white patronage of Black-owned businesses was almost unheard of, her client list comprised members of the city’s most prominent white families. Fannie Criss Payne created custom-fit dresses using the latest patterns and most luxurious materials which she purchased during seasonal trips to America’s burgeoning fashion center in New York. In January 1904, the Black-run magazine The Voice of the Negro, profiled Payne, noting: "The finest dressmaker in Richmond, regardless of color, is Mrs. Fannie Criss Payne. Her list of patrons is made up of the best white families in Richmond. So great is their confidence in her ability and taste that many leave to her the selection of their entire outfits. In the last six months she has made the trousseaus for the most popular brides." As the century progressed, Richmond’s white elite (and Payne's clients) promoted legislative barriers to the burgeoning progress of the city’s Black business, and Payne joined the migration of southern Blacks to New York’s Upper West Side in about 1911.